How would a piano look if it was built for the Tsar? Like with Febergé egg it would have to be magical, out of the ordinary in form and material. Tsar’s Treasure rises for the occasion as the entire piano is covered in malachite. The rare and precious gemstone of intense green color with extraordinary natural pattern is ordinarily used for jewelry: necklaces and earrings. Here you have fast surfaces featuring this precious stone, emphasizing every curve of the piano form and turning an already beautiful object into a priceless treasure. But stone alone is not enough for the Tsar.

The mesmerizing green of malachite gemstone is used as a backdrop for the most exquisite gilded bronze appliqué of bas reliefs, featuring the elaborate tent with royal regalia on each side, along with a caryatid of a muse gazing at it, as if protecting and inspiring piano’s royal proprietor. The soundboard portion of the rim features the large tableaux of golden wreaths ensconced in an elegant, domed frame. The pedal lyre is made of gilded bronze and the legs bear intricate appliqué of the classic decorative forms. When opened, Tsar’s Treasure continues to astonish with a spectacular carved and gold-leafed music stand of the most unique pattern. A sun-disc at the center is lowered just below the horizon as though at sunset with the glorious lace of rays spreading outwards in the most elaborate fashion. The gleam of 24K gold unifies the interior of the piano while the underside of the lid presents a panoramic painting of Venice at the Mediterranean golden hour. Now that is the piano fit for the Tsar. Resplendent in craftsmanship and precious materials yet laconic in form this grand piano has the grandeur and aristocratism of a true blue blood origin. 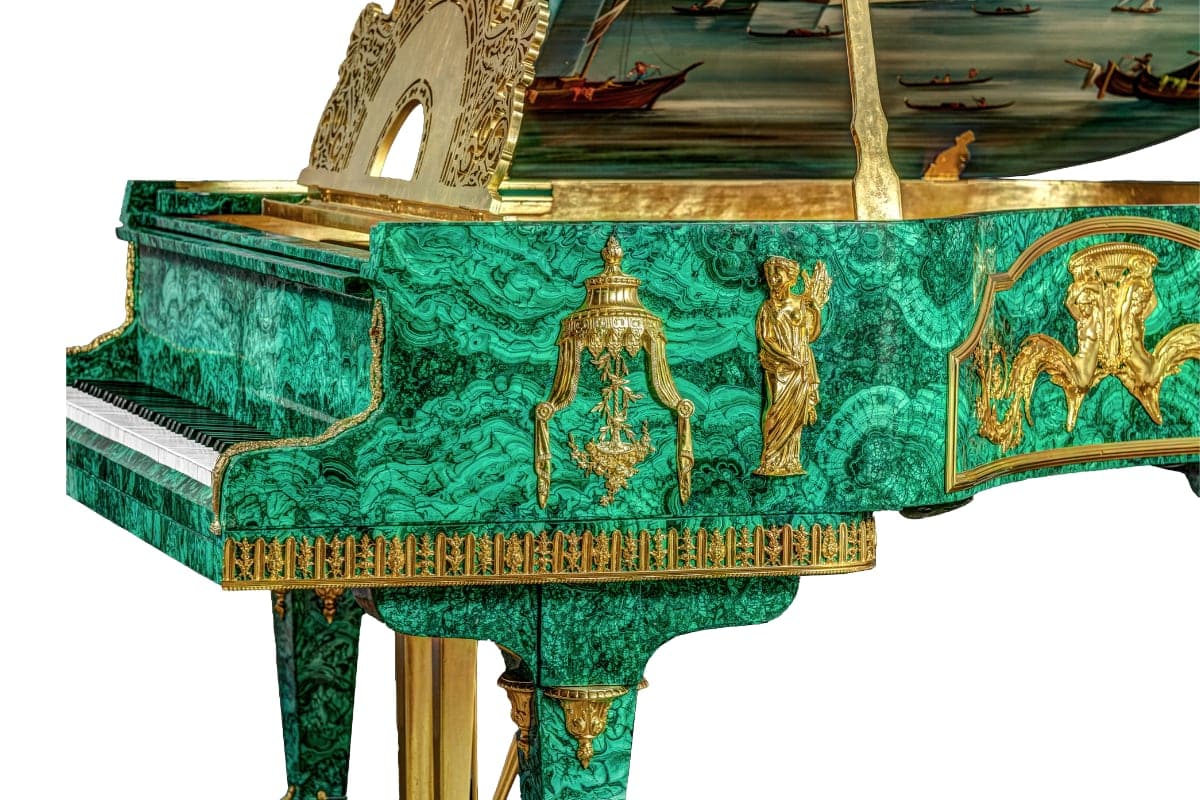 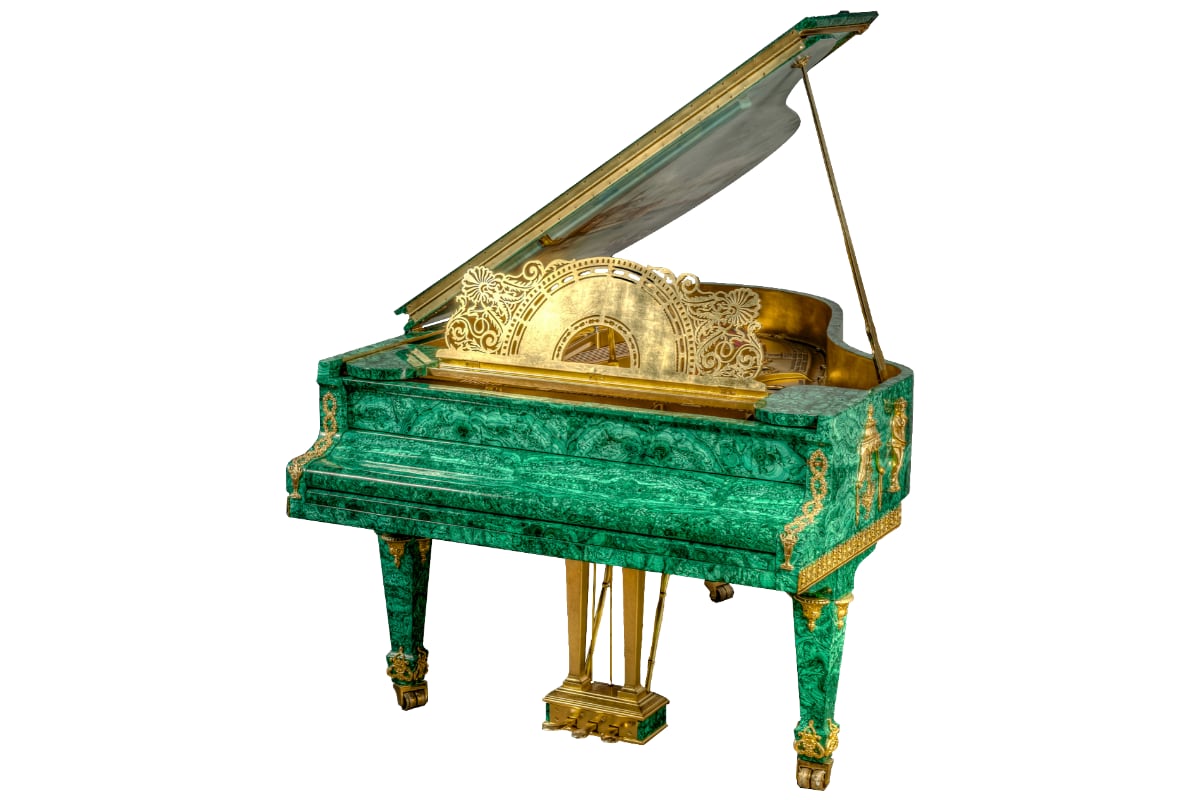 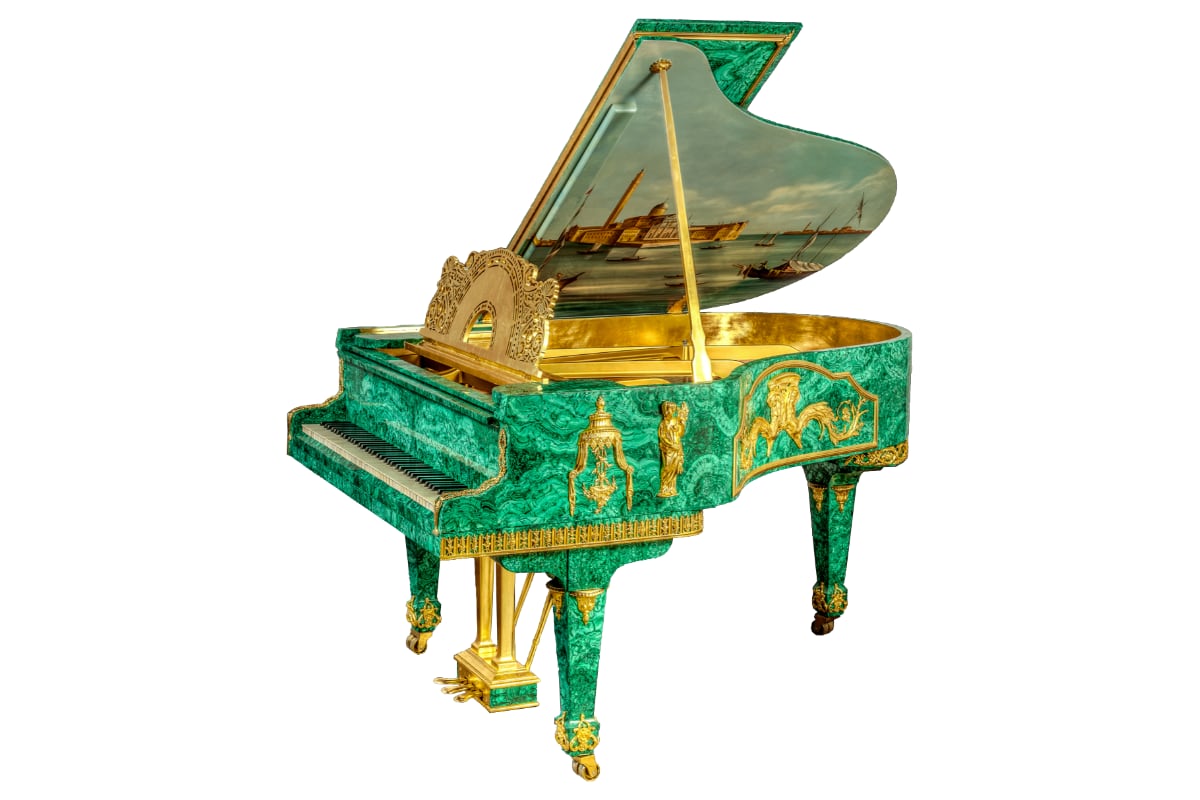