Who Invented the Piano

The importance of the piano cannot be overstated. It is the ‘ultimate’ musical instrument, able to stand on its own entirely. While always harmonious in orchestral, chamber music and any ensemble combination solo piano is incredibly versatile. The piano is a driver of the development of western music. All the important composers have played and composed for the piano. Classical music tradition in society was essentially built around the piano, as most of the middle-class European and North-American households owned one by the end of the 19th century.

Since its invention piano was considered the wondrous machine worthy of royalty. A status symbol, an objet d’art – the piano embodies it all. Different cultures have equally lauded pianists themselves for their ability to play this extraordinary instrument. Socially, pianists are thought of as anywhere from demigods and prodigies to devils and madmen, monks of academia, and guardians of the ‘golden age’ of civilization. Being able to play the piano (especially to play it well) grants a level of distinction to the person that few other human-invented activities do, short of being an olympian. Certainly, it has social implications as well. Wealth and status go hand-in-hand with the ability to own the best piano available and hire the best pianists available to teach. Conversely, it is a ticket to life for those less fortunate (but with talent and drive), providing a chance to break through the social constraints of one’s native circumstances and become a world-famous pianist. The proliferation of high-profile piano competitions is a testament to the validity of that route of social ascension today as it was at the height of the age of the European Salons.

Being able to play the piano is in equal measure a gift and a skill, highly precise and incredibly difficult to execute well. Those who master it – will forever hold the awesome distinction of being able to sit down at the piano and momentarily have everyone’s attention in the palm of their hand, quite literally.

Bartolomeo Cristofori of Padua is credited as the man who invented the piano. An expert harpsichord maker by trade, his invention was a hammer mechanism for his stringed keyboard instrument rapidly became accepted as the best new keyboard instrument by 1720. Our modern grand piano is the evolution of Cristofori Arpicimbalo del piano e forte, which is what he called his new invention. As with many important historical events in Italy – the Medici family had a lot to do with the invention of the piano. 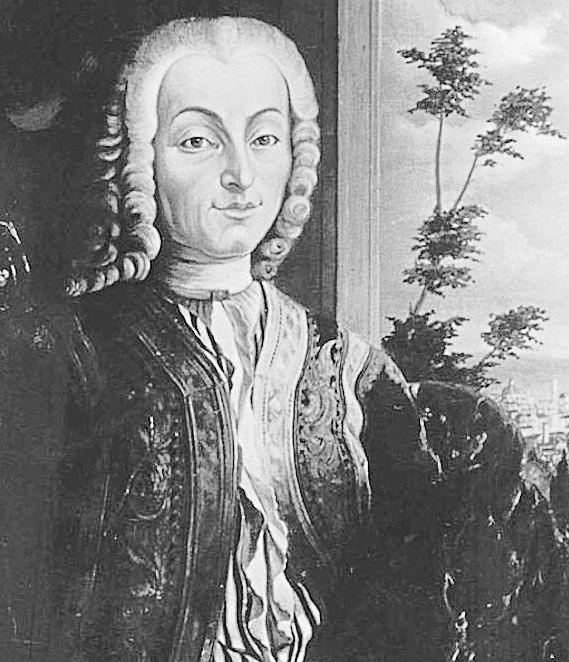 Grand Duke of Tuscany, Ferdinando di Medici hired Cristofori to maintain, tune and repair his already vast collections of musical instruments. He also expected Cristofori to invent something of his own, which he did.

Bartolomeo Cristofori was 33 when he moved to Florence into the beautifully appointed quarters that came with the job. He already had apprentices of his own, so very soon he got to play around with inventing the superior keyboard instrument – which will eventually become the pianoforte.

Cristofori’s piano actions were incredibly sophisticated, which made them too expensive to mass-produce. Ironically, his double escapement mechanism invention, which allows the hammer to bounce back super-fast, freeing the string to vibrate and also allowing a fast repeated notes (same note played many times), was missing in other pianos of the period as piano manufacturers chose to cut that corner to keep the price down. This exact mechanism is now standard for modern pianos.

Bartolomeo Cristofori eventually became the curator of the Florentine Royal Collection of Musical Instruments and continued to work, and improve on his invention till his passing at the age of 77 in 1731.

During the Baroque period, two stringed keyboard instruments ruled the European Royal courts and their musicians – the harpsichord and clavichord. They were fundamentally different than the Cristofori’s piano – the harpsichord had a plucking mechanism that utilized the quill: string does vibrate but dynamic variations are impossible as plucking is done with the same force regardless of how strongly the key is struck. Clavichord’s hammers strike the string – but the vibrating string is somewhat inhibited by the hammer that does not bounce back immediately.

Some early pianofortes have a dual keyboard with fewer keys, (like 1700 Cristofori). One might say: what about the organ? While pipe organs do have multiple keyboards, the sound is made by air being blown into pipes and therefore pipe organs are in their own category.

The first proto keyboard instrument was invented a millennium ago….let’s take a stroll down the history lane.

Clavis (key) was first attached to the ancient monochord to ensure a specific tone was being produced on an instrument. Curiously, monochord is used to this day in meditation practices. It is one of the earliest string instruments that have strings running across a wooden plank. It was a mathematical pursuit of Pythagoras that resulted in the monochord invention in 582 B.C. 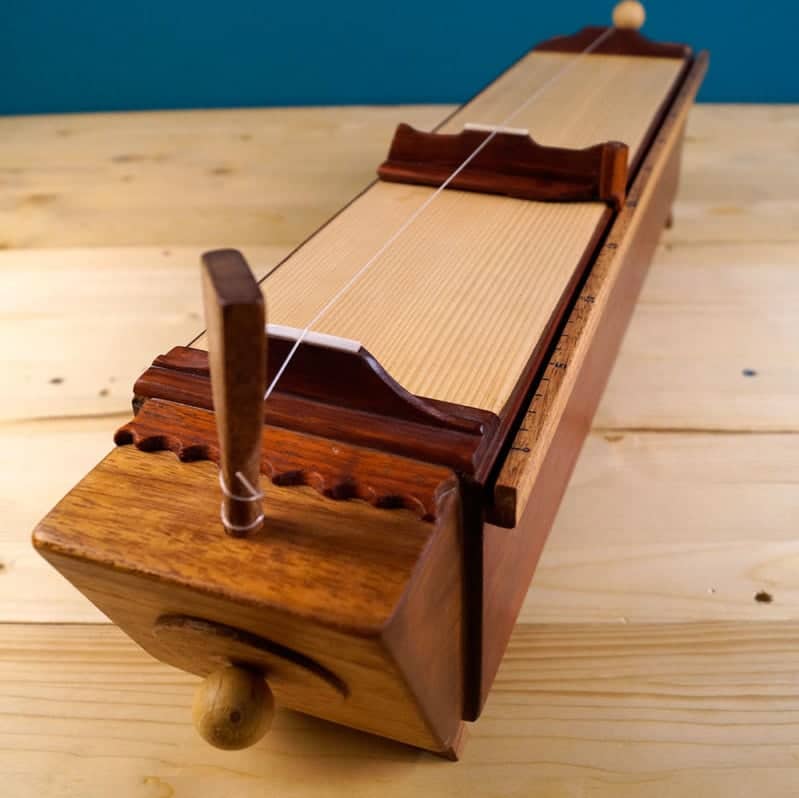 The next iteration was 14th-century clavicytherium, where clavis (keys) were attached to a harp-like frame that has strings running across. (the harp is a recurring element of early pianos, but more on that later)

Once tuning pins that hold stings in the front of the instrument were fastened in the 15th century, it allowed the pressure to be applied to the sting – enter the clavichord. Clavichord’s keyboard relative is a (plucked) spinet, also known as virginal (in Britain), and its derivative, harpsichord.

Spinetti, of Venice, invented a spinet in 1503, which had longer strings that are mechanically plucked. In 1521 harpsichord was introduced as a spinet modification and it held its place as a ubiquitous keyboard instrument until the arrival of the pianoforte of Cristofori’s design. 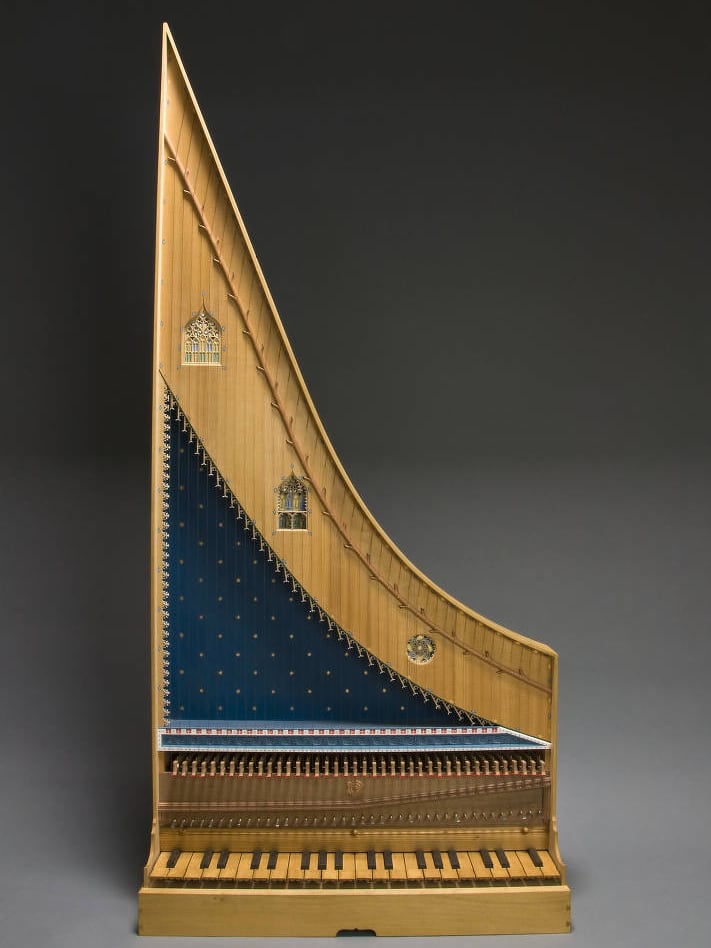 Some early pianos, such as clavichords were rectangular in shape, and some were square. Curiously, the first piano Steinway & Sons built and sold ware square pianos. They remained popular until the modern piano shape (most advantageous to accommodate bass strings in acoustic pianos) won out and Steinway discontinued making them in 1890. Early pianos are a fantastic diary of industrialization and early technological progress, as we can see how the piano, with all its richness and expressive control, came into being via various modifications. When was the piano invented?

Bartolomeo Cristofori is believed to be an inventor and the year is 1700. At that point, piano action was not yet as sophisticated as Cristofori’s pianos from the 1720s, but Cristofori’s early instruments have already solved many of the engineering issues that stagnated the development of the piano before him. Many prominent musicians and artisans have noted that they saw such instruments at Cristofori’s studio all through his years in Florence, till the end of his life.

In Germany, where piano making flourished from the moment it was invented to this day, it all began with Silbermann’s pianos. A highly regarded organ builder, Silbermann built his version of the fortepiano in 1732, after hearing the descriptions of Cristofori’s piano. Curiously Johann Sebastian Bach did not approve of it, saying it was too hard to play. But, clearly, Silbermann improved further on his invention and soon Germany became the world’s premier destination for the best, most advanced pianos in the world. Silbermann has also invented the damper pedal, though on his pianos it was operated by hand as a stop on the organ.

How did the piano get its name?

Those early pianos were referred to as gravicembalo col piano e forte “che fa’ il piano, e il forte” that is….”that play soft and loud”. Essentially, the clavichord and harpsichord were combined to give a pianoforte a possibility of a dynamic range, in other words – to play loud and soft. Such piano is inscribed in the 1700 Medici musical instrument inventory. Hence the name – pianoforte, or fortepiano, literally means soft/loud. A simple description of its most valuable and revolutionary feature – dynamic range.

Today, modern pianos have two categories: grand pianos and upright pianos. That refers to their shape and size: grand piano design is horizontal, where strings are parallel to the floor encased in a harp-like shape of the tail part of the grand piano. The upright piano is vertical – the strings are perpendicular to the floor and the piano is essentially rectangular – its width is the standard width of an 88 keyboard but the depth is very short. It’s a great option for limited spaces, and it is substantially less expensive than the grand piano. Modern spinets are smaller upright pianos and fall under the upright piano category.

There are three surviving Cristofori pianos: one at the Metropolitan Museum in New York (build 1720), One at Museo Strumenti Musicali in Rome (built 1722), Musikinstrumenten-Museum of Leipzig University (built 1726).

The Rome and Leipzig pianos have una corda mechanism, or soft pedal, which allows playing soft by shifting the keyboard to the right so that the hammer strikes one sting instead of the two strings. (Very sophisticated mechanism for that time).

All surviving Cristofori pianos are single keyboard instruments. They are wing-shaped and somewhat resemble a large harpsichord, but upon hearing, the music sounds they produce one can unmistakably recognize the sound of an early pianoforte. 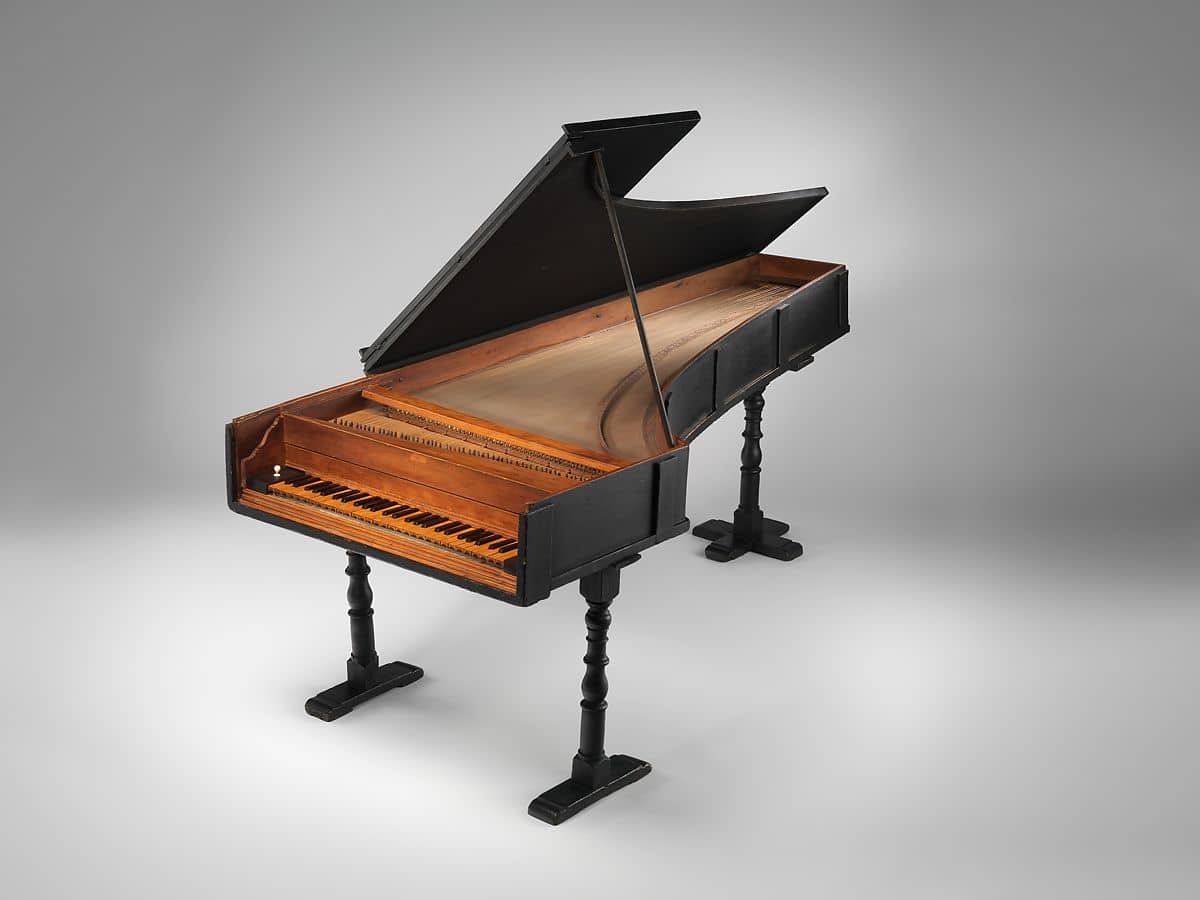 If compared to a modern piano, Cristofori’s are much softer in sound, and due to harder hammers and thin strings (compared to modern strings), the overall tone is more brittle. It is worth noting that Cristofori liberated the soundboard from the string tension-bearing frame. With string tension increased, the sound gained more volume, which, in turn, got amplified by the vibrating soundboard.

The oldest surviving Cristofori, essentially the first piano ever (1720) has a full dynamic range, familiar key proportions, and general dimensions of a baby grand. It does not have a sustain pedal, which was invented later, nor does it have an una corda, which Cristofori invented a year later.

Modern piano as it is today took shape in the first decades of the 20th century. In many ways, it is a result of piano builders competing for the coveted number one place for their instrument. While some cutting-edge technological developments are incorporated into the building of an acoustic piano, most of the actual design has been around for over a century now.

Nowadays it is digital pianos that are the space for innovation in the piano industry. Being the most popular instrument, the piano is in demand more than ever. Modern electronic piano ranges from an inexpensive toy keyboard to a very expensive designer object. Since they don’t have vibrating strings and piano action they can be any shape.

Player piano (see QRS systems for more information) is also incredibly popular – it is a robotic system integrated into an acoustic piano that allows the piano to play itself, controlled via your smartphone or tablet. While you will not find a digital piano at a concert hall (of high reputation) digital pianos are ubiquitous on stages of pop stars, music videos, and of course, churches.

To bolster music education, electronic keyboards such as these are super affordable and portable. We highly recommend giving it to the young ones so that the music and piano are in their life from early on.

Piano middle pedal, and what three of them are about

VIEW NOW
Enter your Name and Email
Contact Us